The hillbilly presentation from the Glendevon Summit 2015.
Posted by Unknown at 08:47 No comments:

After a great deal of blethering and havering the assembled sadlads came to the conclusion and decision that hippy shake is to be the theme for Dam 2015. The Mexican mariachi theme was close second with hillbillies also in the running.
A great feature of this gathering was the quality of the Laldy .....particularly the Musical performances on Friday. Special thanks go to Simon who once again was an excellent host. Photos and vids will follow but here is the winning theme presentation
http://youtu.be/4swvrPTdM10
Posted by Unknown at 09:10 No comments:

just in from the hotel ..new owners and announcement for 2015 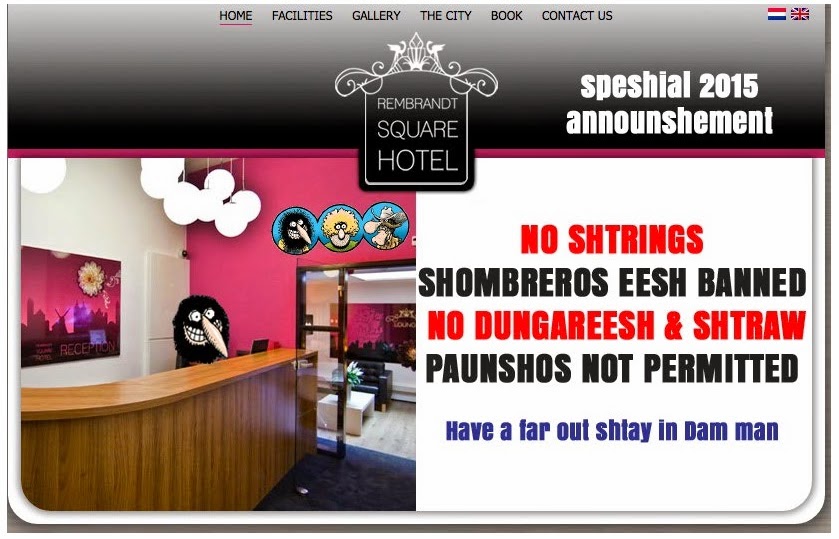 just has to be hippies
Posted by Unknown at 07:55 No comments:

The dates are announced and the Dam Laldy fraternisation Football tournament is the weekend of 22nd - 25th May.
By all accounts and from the whispers, rumours and general bletherin it looks like 2015 will have the biggest Halfway house squad ever. The
Last years gallant performance by the Circus was curtailed by the usual injuries and carnage from lady and exertions both on and off the pitch.
The return of the Arnott gang and with the prospect of some new debutants looks like we could have enough for 2 teams to cope with a 30 %
crumble and fumble rate!
We’re thinking that if we can get confirmation of participants before new year we can organise a single point of hotel accommodation for us all.
However it would be good to get this information asap as initial investigations suggest that as the date is a holiday weekend in Dam this may prove to
be a challenge. Peter has identified one which would be perfect but unbelievably there is an age limit for over 50’s! http://rembrandtsquarehotel.com/?lang=en
If we can get the numbers we can easily negotiate on the basis that the over 50’s in the squad behave like 21 year olds.
General whispers have started on the Theme for the laldy and additional suggestions are welcome to be discussed and decided by the sadoslados politbureau at the Glen Devon Summit in January,
….in no particular order
Mexicans
Hill Billies
Hippies…..before you Easter Road boys get excited that is Hippies
Space and Aliens
Puppets
and if we canna agree we could default back to Pirates
Posted by Unknown at 05:14 1 comment:

Well a decent result and solid performance (especially first half).
Notable performances from Ali Devine and the lunging volley ,Pedro MacDuff.
Return of young Jack was more than welcome.
Balance of auld fellas at back with the young squad scattered in midfield
and up front worked well.
However having constant substitutions to give players game time needs to


be avoided as it has negative impact on shape balance and organisation of the team.
Posted by Unknown at 06:09 No comments: A fine 34 th game experience. Unfortunately the result did not match the laldy because we lost 3-2. A typical halfway hoose Skye performance. A slow hungover start followed by a comeback then a dagger blow near the end.
Special mention to Keith who scored an outstanding goal ....finishing off a sweeping move from the impressive left side of the team !  a beautiful whipped cross and a fine headed goal. 7 minutes later the boys were level after more penetration from the left being finished off by McCran.  A shot from Manus hit the bar....bad luck then hit the boys when Bertie Hit a beauty from 20 givin the Skye boys victory.
The weekend wiz a cracker with the Cartbosh accommodation and pub superb ( we will be back next year)... This made the laldy high quality despite the HQ being naked again. The Sconser session lived up to its usual reputation and the new song 'married to a halfway man'.....well whit can we say! A beauty! In 34 years we have never had weather so good as this!

Well after a total mental evening of high quality debate we have a recordin of events
http://youtu.be/ROiACY1llPM
Posted by sadoslados at 14:43 No comments:

http://youtu.be/FDEOarYImKw
Check this out! Don't understand how country road is so popular?
Posted by sadoslados at 14:11 No comments: 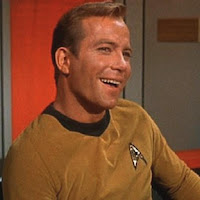 My fellow athletes I have this day provisionally booked the bunkhouse in Carbost for 27/28
September. Plus points: 10 yards from best pub on Skye, good beer,good food, good live music (Friday & Saturday nights), famous for late bars (music nights frequently go on till about 5am), you can have whole  bunkhouse to yersels. If, however, you would prefer to stoat about Portree in the rain, no decent pubs, no welcome, no music, please let
me know. VIVA LA LUCHA!
Slainte,  Norrie
Posted by sadoslados at 08:07 1 comment:

A Taste of Honey | The Lyceum | Royal Lyceum Theatre Edinburgh

Went to see this last night...enjoyed it. did reflect it's time ..1958 but considering the issues it raised it was very controversial of it's time.
Posted by sadoslados at 06:16 No comments:

Scran - Menu tae be confirmed but there will be plenty.

Further information aboot the proceedings will be included in the next roond ae email shite.

ORGINALLY POSTED ON TEAMER BY HIPPOHAUNTUS: BRAVE WHO FLAPS AT BAWS

Blacks hold the Indian sign over the clowns in yellow. In a game that turned out to be far to easy the mighty black tribe did their nation proud and left the yellows looking foolish in with their garish colours and bright red noses. Young brave Arnott stood out proud like a totem pole in the middle of the action as his team mates pitched their wigwams in front of the yellows goal. Mccran and laidlaw took no prisoners and Devine and Hutchison claimed some prize multi coloured scalps in an attack that made the Alamo seem like a pre-season friendly. Father MacDonald didn’t have a prayer, and Purnell regretted wearing his size 26 shoes as they tumbled their way through a pitiful performance. Even ring piece master Arnott senior looked out of sorts and manus struggled to control his elephant Everard. The third Arnott struggled manfully diving around like an artist without a trapeze. In the end he was the busier keeper, with the flying hippo rarely troubled. On this form the yellows were not apache (really??) on the tribe. Peace pipe anyone?

Posted by sadoslados at 10:04 No comments:

Well the dust huz settled and there is a real stooshie about how the votin wiz conducted. Many commentators present felt t hat the clown, duos, and the surprisingly weird priests case were scuppered by the joppameister's pre presentation offers of hospitality to key personnel. In particular Pedro's enthusiasm fir the delights on offer had for many a debilitating effect on MacDuff's usual high end performance.
More surprising wiz the lack off support or lobbying fir last year's runner up ..circus acts. Only Georgio green van man made a late attempt to raise the issue but by that time it seemed that joppameister's pre match efforts were in full swing and the atmosphere was a total hullabaloo! involving a lot of peace pipes, fire water and red Indian hooping. ...whit a kerryoan! 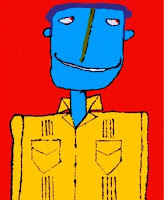 The success of the pirates huz been unsurpassed. This weekend the boys are off tae the Simon fella's retreat in Glendevon tae decide the theme ....exciting eh!!

Posted by sadoslados at 12:03 No comments:

1982 SPAIN a time of superlaldy 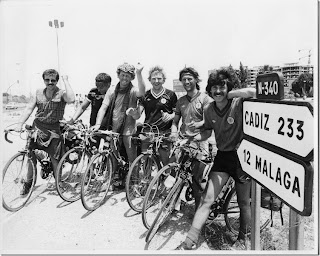 In May 1982 me malcy and StrawMan set of tae Spain to watch Scotland play in world Cup. A tremendous laugh and was the first time Scots travelled on mass to sunny climes tae watch Scotland...happy days indeeed and the beginning of a golden time watchin and travellin wi Scotland.
Posted by sadoslados at 11:41 No comments:

NAE LALDY HOW DAFT IS THAT ???

Av heard it aw noo......after 35 years we've been advised not to gie it laldy prior tae a fitba tournie in the Dam. well that'll no do me and frankly am sure it is a wind up. The news is that the boys gave it superlaldy and the usual damage and chaos ensued 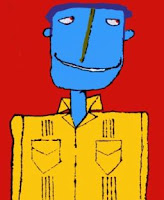 Have been updating both the website and this blog tae try and get the sadlads to get goin on some on line presence. Hopefully some activity will happen because there are some big debates to be had regarding the next porty night oot and the theme fir Dam 2013.
Posted by sadoslados at 15:21 No comments:

TRAININ PROVES TO BE AAARGH WINNER

Thanks to Chris fir organisin the trainin session which will no doubt see the participants benefit wi oor 1-2's switch and overlaps. Whit a rer playin surface an set up!
Posted by sadoslados at 02:42 No comments:

Posted by sadoslados at 04:06 No comments:

Posted by sadoslados at 16:36 No comments:

We have all been waiting for the inevitable fall out from Castle-Greyskull-gate and last nights match showed that even the mighty Nero are not immune to the financial tsunami from the seismic events in the land of Mordor.
The Orc Legions have reneged on financial debts to the Brave Black Army, and accordingly wages are tighter than Baillie’s cycle shorts. Faced with financial ruin the Blacks had to implement a work to rule, banning overtime, in the effort to secure the appearance fee wages and royalty payments of the Laird of Joppa. The result was as plain as the beard on MacDuffs chin, the blacks, leading comfortably through a fine (own)goal scoring return from Nic-Olsen, were forced to simply abandon the pitch at 60 minutes.
It is to the eternal shame of the Jaundiced Jaunes that they continued to play despite the lack of opposition, well into the 65th minute. They may have won, but like so many Orc legions before them, their titles and medals will be tarnished forever.
On a lighter note speculation mounts as to the identity of the striker in the Stuart Arnott mask. Comparisons have been made to Barcelona’s Messi and Motherwell’s Higdon (although the Arnott like imposeter could only strike the underside of the bar with his spectacular cissor kick).
Donations to the Black cause can be made to the Blacks Against Waste Bingeing and Greed Scheme websights
Posted by sadoslados at 11:28 No comments:

The return of The Arnot & Son plus Everloud meant BBB demonstrated his infamous ruthlessness and sent both the Joppameister and the Young Beast back to the dark side of the toon. What ensued was truly astonishing as the YELLies streaked into a 6-0 lead before the blacks managed to pierce Arnott2's brilliant if unorthodox goalkeeping.
From then on the game settled down and the YELLies held on to a difference of 5 in some part thanks to sensational stopping from Arnott2 but mostly due to some pitiful finishing from the somewhat demoralised blacks.
The crowd were aghast when 3 penalties were conceded voluntarily! Changed days indeed from scowls and huffs over disputed line calls. Other talking points were the man handling of GreenVanman by BBB and EverLOUD's small strop when The Joppameister tripped him when darting back to defend.
Post match shower talk overheard concern from the Dark ones about The Flying Hippo's new slender lean look may be impacting on his angles or his ability tae keep his legs shut.
Posted by sadoslados at 07:30 No comments:

Posted by sadoslados at 06:35 No comments: 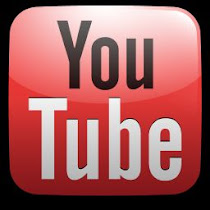 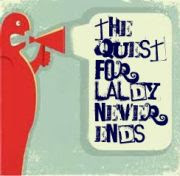 HAVE A LOOK AT MA SCOOPS